Manuscript Deadlines: Should Ghostwriting Projects Have Them?

Manuscript Deadlines: Should Ghostwriting Projects Have Them? 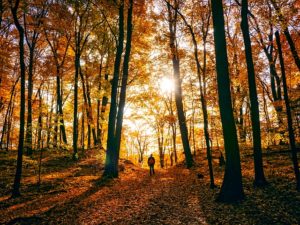 Clients walking away from book projects is not unheard of. Here’s what some firms are doing to protect themselves from loss.

I think we can all agree that deadlines are a good thing, even a necessity, for both client and ghostwriter. Deadlines help ghostwriters plan their workloads and set appropriate client expectations regarding when they’ll see deliverables. A deadline helps both parties stay on track.

What Happens When a Deadline is Missed?

Now, when the ghostwriter fails to meet an agreed-upon deadline, the client can choose to end the project and turn it over to someone else, or give them additional time to finish it up. Since ghostwriters are typically paid on completion of certain tasks, they are incentivized to get the work done efficiently.

That is, when a ghostwriter stops working, they stop being paid.

A similar issue arises for the ghostwriter when the client disappears. When, for whatever reason, the client becomes unavailable to work on a book, this becomes a problem for the ghostwriter, who can only generate income when they are writing. They’ve committed to the project, maybe even turned down other work to make time for it, and when a client disappears, suddenly their income source has disappeared.

Sometimes the client surfaces days or weeks later, and sometimes they don’t. Ever.

This happened to me about five years ago. We had drafted all of the chapters in a client’s business book except for one, which he had left until the end because it was the most important one – the one where he laid out in detail his success strategy. From my perspective, it was what made his book different and appealing. But after finishing all the other chapters, he suddenly considered leaving this chapter out. I explained why I thought that was a bad idea and he said he would think about it and get back to me.

I never heard from him again.

In addition to not being able to finish the manuscript, I was also unable to bill for the last milestone payment worth several thousand dollars, which hinged on completing that last chapter. Despite regular follow-up, I never heard what had happened. And I was never paid for that work because I hadn’t completed 100% of the manuscript, as the agreement required me to do in order to qualify for the payment.

After this happened a second time, within the last year, I’m now seriously considering attaching a time limit for completion. Turns out, I’m not alone.

Tara Richter, president of Richter Publishing, an independent publishing house based in Tampa, FL, promises clients that their book will be written, edited, and published within a year if they meet all their deadlines. The agreement both parties sign makes it official.

At the year mark, if the book is not completed because the client was pulled in another direction, the project is concluded. Any money already paid is non-refundable.

Richter emails the client what has been finished to that point, she says, which is usually a half-written book. “They can then do whatever they want with it,” she explains. Or, “If they finally reach back out, we sign a new contract with more money paid and we continue and another one-year limit is set.”

Other publishing firms have been debating this step, too.

Carrie Jones, director of production at Greenleaf Book Group in Austin, TX, says, “I’ve gone back and forth on putting a deadline on projects that are in the creative stage, such as ghostwriting. Although it seems like it would help authors commit to devoting the time needed to develop the manuscript, it could backfire.”

She explains, “If the author misses the date, then they may be so discouraged that they give up the entire book project, which would not benefit either of us. I think putting a deadline on this can have short-term gains but long-term losses.”

Jenkins Group, in Traverse City, MI, has taken a slightly different tack to ensure the firm and its ghostwriter are paid in full if the client changes his or her mind once underway. Leah Nicholson, production and editorial director at Jenkins, says, “We have recently started billing on time instead of milestones achieved.”

With this approach, the client makes a down payment and then partial payments at 60 days and another at 120, says Nicholson, with the goal of getting paid in advance while they are active and engaged in the project. Then if the client decides to bail, at least all the vendors have been paid.

Jenkins also has a project expiration date at nine months, or six months with no movement, says Nicholson. The goal is to keep projects on schedule and clients involved in the process.

This is a relatively new policy for the firm, which previously billed at production milestones and, Nicholson says, “Fewer people have squawked about it than we thought. Now, when projects take much longer or the client gets delayed, they don’t want to make payments so fast. But we keep after them. It’s the contract they signed.”

Have you ever had a client disappear before the book manuscript was finished?

Posted in For aspiring authors, For ghostwriters